Afghan girls being abducted and forced into marriage with Taliban 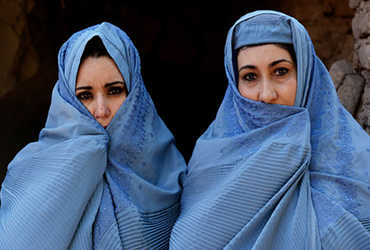 With the departure of American troops, Taliban atrocities have started in Afghanistan.

One area after the other in Afghanistan is occupied by the Taliban and women are suffering the most.

According to media reports, the Taliban has now started making female sex workers. Taliban leaders are kidnapping Afghan girls and forcing them into marriage, and in some cases, making them sex workers, just like Islamic State.

At the same time, now women are being harassed for fear of implementation of Sharia law. In which women cannot go out of the house alone without a man. Farooq Khanda Zahra Naderi, a member of the Afghanistan High Council for National Reconciliation, is concerned that the Taliban is now trying to pressure the female leadership. So who will speak up for women’s rights? The progress made for women in 20 years is now under threat in Afghanistan.

Earlier, the Taliban issued the first order in a district in northern Afghanistan saying that women cannot go to the market without men and that men must wear beards. It is mandatory for women to wear hijab and students cannot attend school if the school does not have a female teacher.