Afghan baby delivered to US soldiers over a wall 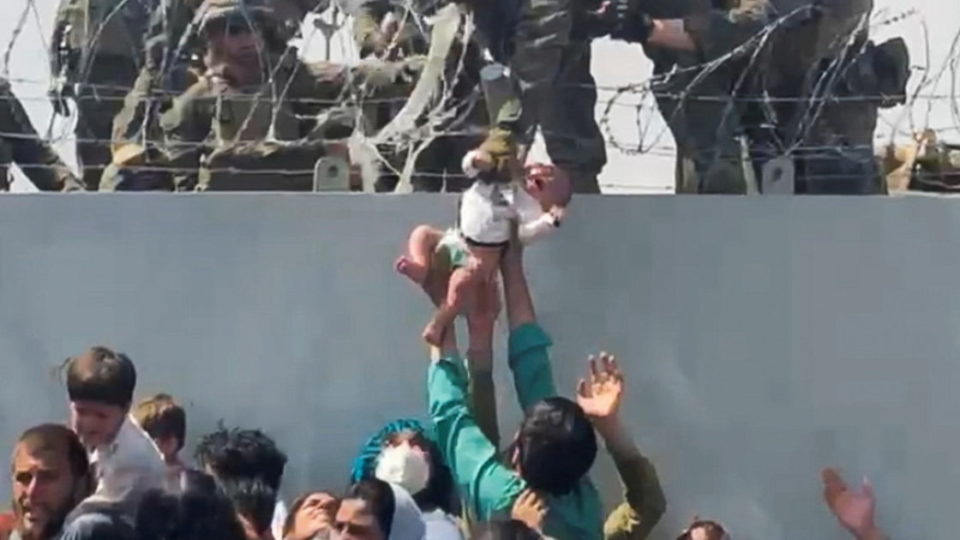 An Afghan baby was delivered to US soldiers over a wall at Kabul airport during efforts to evacuate people from the Central Asian country, a source at the US Department of Defense told the agency Efe.

After a 9-second video recording, the incident went viral on social media, US Marine Corps spokesman Jim Stenger said the baby was safe and with his father at the airport. The footage shows that in the middle of the crowd, a man hands the child to a soldier, who sits atop a wall protected by a fence.

The soldier, according to Stenger, is an infantryman with the 24th Marine Expeditionary Unit of the United States Armed Forces. After being rescued, the newborn was taken to a medical treatment center and treated by professionals.

“This is a true example of the professionalism of the navies on the ground, who take quick decisions in a dynamic situation in support of evacuation operations,” congratulated the spokesperson for Efe. The footage highlights the chaotic landscape of the Afghan capital as people attempt to protect their families and children amid the US military withdrawal that began six days ago.