Afghan army chief will come to India to help in Afghanistan 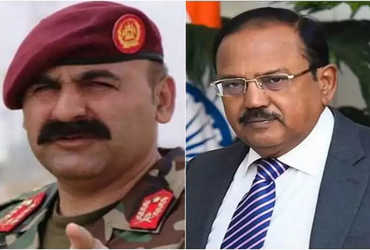 Fighting between the Taliban and the Afghan army continues in Afghanistan. Some areas are also occupied by the Taliban.

In such a situation, Afghanistan has hope from India. Afghan Army Chief General Wali Mohammad Ahmedzai is visiting India next week and will meet Army Chief General Narwane as well as National Security Advisor Ajit Doval. Naturally, the purpose behind this visit would be to find out how to curb the Taliban.

A meeting between top security officials of Afghanistan and India is being denied. It will be important to see what kind of aid India is providing to Afghanistan, especially when Pakistan is asked to help the Taliban and Afghanistan is trying to gain control of the Taliban. The visit is expected to boost military cooperation between the two countries.

India has played an important role in training the Afghan army. Presently, 300 Afghan cadets are undergoing training at the National Defense Academy in Pune. The Afghan army chief is also expected to meet him. Injured Afghan soldiers are also undergoing treatment in India.

India has invested more than ₹ 3 billion in Afghanistan. India has also donated seven helicopters to the Afghan Army. While India’s National Security Advisor Ajit Doval has experience working with Pakistan, he can also give some suggestions to the Afghan army chief.

The Afghan army chief is also likely to demand military hardware from India. So that the Taliban can be faced better.