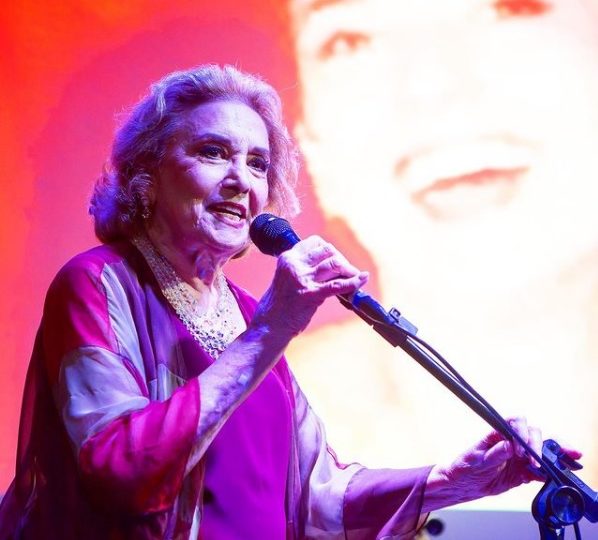 The 87-year-old actress Eva Wilma died this Saturday (15), in São Paulo, of ovarian cancer, which ultimately led to respiratory failure. She had been hospitalized since April 15 at Albert Einstein Hospital in São Paulo.

Eva Wilma Riefle Buckup was born on December 14, 1933, also in the city of São Paulo. She started her career as a dancer, when at the age of 16 she was approved for the Ballet of the Fourth Centenary of São Paulo.

Theater, cinema and television took place practically at the same time. On television, he began by presenting the live program “Alô Doçura”, on the extinct TV Tupi, then came the soap operas.

In “Hello Sweetness”, which aired for about 10 years, she starred alongside John Herbert (died 2011), an actor she was married to between 1955 and 1976. Three years later, she married another actor – Carlos Zara, who died in 2002.

In a video published this Sunday (16) on the official Instagram profile of the agency that took care of her career, Eva Wilma recalled in a press release that from 1953, she was making cinema, theater and television practically at the same time. And commented on the particularities of each of the activities.

“I really like doing TV, the speed of TV today so it’s a great school. And I love doing theater, because the creative process in theater is very deep. It’s like dive into a big book in depth. And because you’re in front of the audience whole body and soul, “he said.

“I am aware of how hard I worked, of the honesty with which I faced the doubled, trebled work, the difficult course, and how much I always did everything with love and determination. I have a lot of satisfaction and I’m aware of it… well, ”the actress said.

Eva Wilma in the soap operas

Also in Tupi, Eva Wilma played in hits like the 1970 soap opera “Meu Pé de Laranja Lima”. She also played the twins Ruth and Rachel, in the first version of “Mulheres de Areia”, in 1973. Twenty years later, in TV Globo, the remake would have actress Glória Pires in these roles.

At Globo, Eva Wilma made her debut in the soap opera “Plumas e Paetês”, from 1980. She has made series like “Mulher” on the network, mini-series like “Os Maias” and a long series of soap operas, with prominent characters like the villainous Altiva, from “A Untamed”.

According to the agency that looked after the artist’s career, in nearly six decades there have been 40 soap operas, 26 mini-series, specials and series, 37 plays and more than 20 films.