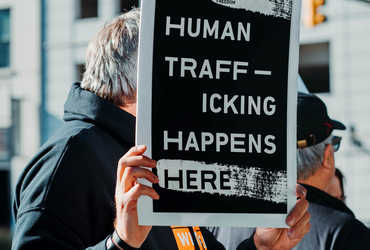 New York, DTU
Steve Shand, accused of killing four Indians in a cold winter on the Canada-US border, has been released from a US court without bail. Steve Shand is accused of human trafficking by two Indians into the United States and the death of four Indians due to severe cold on the Canadian border. The United States has raised its voice against human trafficking around the world, but has issued a double standard on allegations of human trafficking in its own country.
Steve Shand was arrested last week for illegally entering the United States from other countries in violation of US law. He was produced before Magistrate Hildy Bobby in Minnesota District Court on January 30. He has been taken on remand till January 8. According to the North Dakota Grand Forks Herald newspaper, Shand appeared virtually on January 9 and was ordered to be released on parole pending trial.
Shend did not comment during the 30-minute hearing. He was just saying yes ma’am, yes respect. Meanwhile, Judge Bobby fixed the terms of his bail. The newspaper said that the accused has been released on the basis of so-called attendance bond on the condition that he will have to appear before the court whenever the trial is held. The conditions of his release state that Shande must submit his passport or any similar travel document or visa to the authorities. It also provides that witnesses or victims of human trafficking cases should not be contacted.
Shand was smuggling two Indians from Canada to the US in his vehicle without legal documents, but was caught. As two Indians and the shand were being escorted to the Pembina border post, security personnel found five more Indians on their way to a gas plant in St. Vincent, Minnesota. Further interrogation of these men revealed that they were accompanied by four other Gujaratis, who had parted ways with them in the night. The bodies of these Gujaratis were later found by the Canadian Mountain Police. All these people were entering the US illegally.