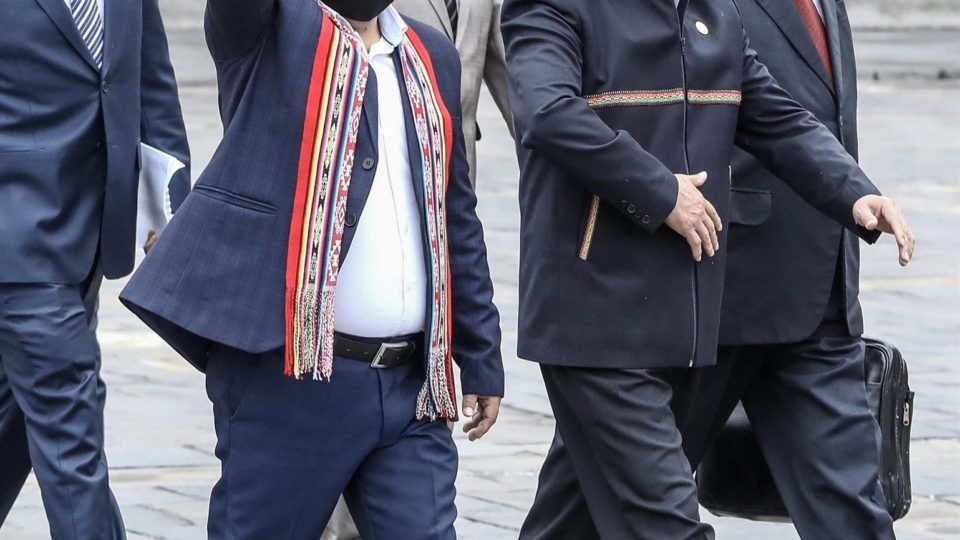 Peru’s Council of Ministers is chaired by Guido Bellido, a leftist with a history of verbal abuse and homophobic and sexist comments. Photo: EFE

Peruvian President Pedro Castillo made a mea-culpa on Friday (3) for forming a cabinet with little female representation. He said his government would empower women to take up public office.

During a meeting with mayors in Lima, Castillo apologized because “at the start of the government more men in the cabinet were envisaged”. “But I will correct myself. In the framework of the next administrations, we must include women”, commented the president.

In the Council of Ministers, chaired by Guido Bellido, there are only two ministers out of a total of 18 ministries, which has been the subject of criticism since the president took office on July 29. Castillo said he would “strengthen the voice of women” and that, during his rule, they would be given more power so that “in the next administrations there will be more women mayors, so that women assume more positions. public “.

Verbal aggression against the deputy

Castillo’s comments were particularly sensitive after his chief of staff, Guido Bellido, was accused by lawmaker and third deputy of Congress, Patricia Chirinos, of having said, before taking office, during a parliamentary coordination meeting: “You only need to be raped”.

The MP denounced the verbal attack in statements to the radio station “RPP”, but the incident had already been reported several days earlier by the opposition, which Bellido considered “false” and “fraudulently defamatory” .

Bellido, a member of the left-wing Peru Livre party and who was trusted by Congress last week, is currently the target of much criticism both for his political positions and for homophobic and sexist statements made in the past.

Since taking office on July 29, Bellido has tried to extricate himself from this image, apologized and pleaded ignorance of some sensitive issues for government partners, the moderate left Congress and liberal groups.

The Peruvian right has also harshly criticized Bellido for his homophobic and sexist positions.