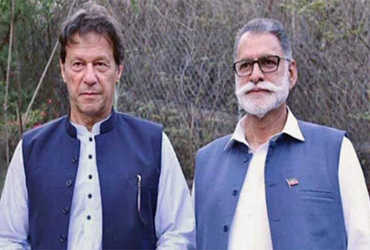 – POK. Imran Khan’s government for the first time in

– Pak does not have the right to POK, vacate this area as soon as possible: India warns Pakistan

ISLAMABAD: Pakistan Prime Minister Imran Khan on Wednesday appointed Abdul Qayyum Niazi of the Tehreek-e-Insaf party as the new Prime Minister of Pakistan-occupied Kashmir (PoK). However, India had opposed the electoral process being conducted by Pakistan in PoK.

Pakistan’s Information and Broadcasting Minister Fawad Chaudhry tweeted that Prime Minister Imran Khan had named Abdul Qayyum Niazi as the Prime Minister of PoK after extensive deliberations and review of all proposals. In the newly formed six-member assembly in PoK, Niazi got 9 votes while the joint opposition candidate Chaudhary Latif Akbar got 12 votes. Niazi will replace King Farooq Haider of Pakistan Muslim League-Nawaz.

Prime Minister Imran Khan’s party won four seats in the five-member house. For the first time in PoK, the government of Pakistan Tehreek-e-Insaf will be formed. However, India has opposed the recent PoK elections as well as the appointment of a prime minister. India has rejected the elections held in PoK. India says this is all a sham. Pakistan cannot hold elections on illegally occupied Kashmir. India strongly opposes this issue. Pakistan has no right over Indian territory. They should vacate the PoK area as soon as possible.