A year of coups in Myanmar: the situation worsens after the ouster of Aung San Suu Kyi’s party 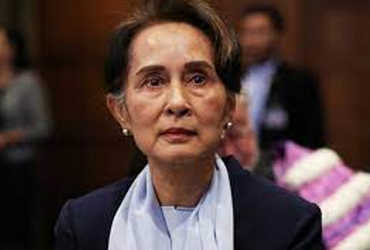 – Attempts are being made to crush the democratic movement by force: the movement has slowed but not stopped: it cannot be stopped

Rangoon/Bangkok: The military crackdown on Aung San Suu Kyi and her party in Myanmar a year ago has not ended the country’s movement to restore democracy. Just slow It’s not even going to end.

It is well known that the commander of Myanmar’s military, Senior General Min Sang-hying, seized power on February 1, 2021 by arresting senior members of his party, the National League for Democracy (NLD). Before he could use force, the conflict escalated and some experts feared the country would plunge into civil war. However, the army used excessive force to evacuate 1,200 people in Yamsadan and detained around 4,500 people. Many were beaten up. Many of them are missing. Whereas 3 lakh people fled their homes due to the brutality of the army. were displaced.

Thomas Keane, an analyst at the International Crisis Group think tank, said the protests against the military government were unexpected. Earlier he had said that nothing special is going to happen. Only Sookie is arrested. But the expulsion of the army is so popular that after his capture widespread riots erupted. Which was crushed by the army with demonic power. As a result, the pro-democracy movement there has slowed down. But not to be destroyed is also not to be destroyed. It can flare up again at any time. Still, observers say.