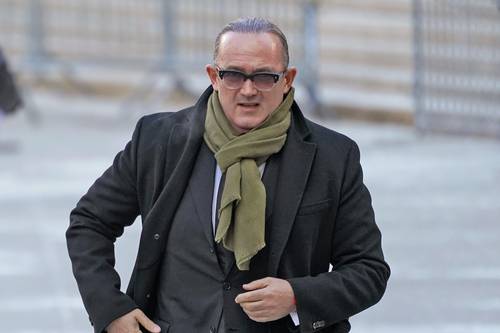 ▲ Igor Fruman is also accused of seeking information in Ukraine that is detrimental to the current US president, Joe Biden, when former President Donald Trump was campaigning. Photo Ap

New York., A Florida businessman who helped Rudy Giuliani seek damaging information against now President Joe Biden in Ukraine was sentenced Friday to a year and a day in prison and fined $10,000 in a financing case. of political campaigns.

Igor Fruman is due to report to prison on March 14. He pleaded guilty in September to one count of soliciting donations from a foreign national.

He confessed to soliciting a million dollars from Russian businessman Andrey Muraviev to donate to Republican campaigns in Nevada, Florida and other states, as part of an attempt to launch a recreational marijuana company.

Federal prosecutors in New York had asked Judge Paul Oetken to sentence Fruman to between three and four years in prison, but his defenders argued that he should not go to jail because, apart from that fault, he has always respected the law. .

Fruman was charged in the case along with Lev Parnas, another Florida businessman who was involved in an attempt by Giuliani, Donald Trump’s personal attorney, to harm Biden’s presidential campaign.

The two served as links between Giuliani and Ukrainian officials and tycoons when the former mayor of New York tried to convince prosecutors in that country to investigate Hunter Biden, son of the then Democratic presidential candidate, for alleged corruption in an energy company. .

US prosecutors have not brought charges in connection with the Ukrainian influence campaign, the subject of one of then-President Donald Trump’s impeachments, but instead have focused on Fruman and Parnas’ donations to US politicians as they seek to gain influence in republican circles.

Parnas was sentenced in October on campaign finance charges and is awaiting sentencing.

Politicians who received the illicit donations, such as the Governor of Florida, Ron DeSantis, and the former Attorney General of Nevada, Adam Laxalt, have said that they were unaware of the foreign origin of the financial resources.