A voter from Peru would be very different from Chile 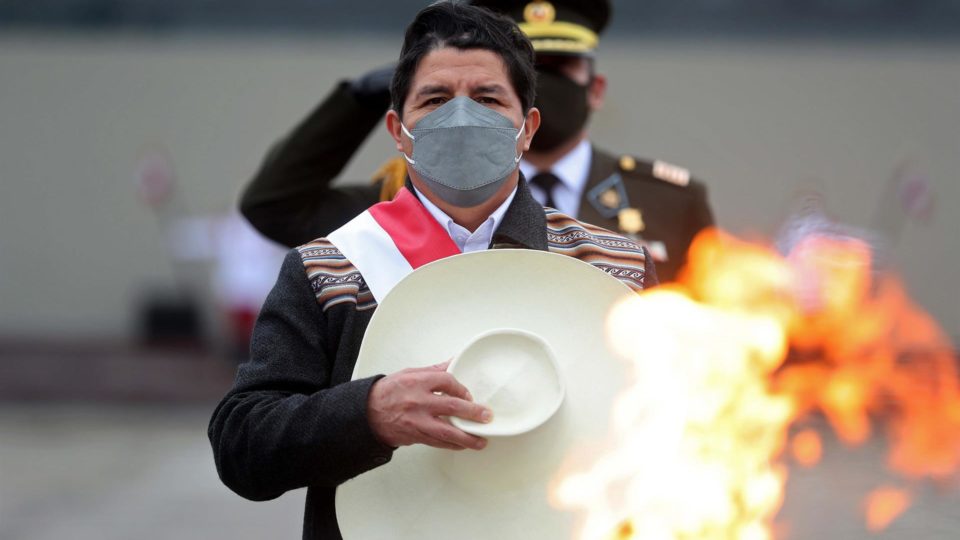 The new Peruvian president, Pedro Castillo, took office on Wednesday July 28. After nearly a month of verifying complaints of Keiko Fujimori’s defeat, alleging alleged fraud, the Peruvian electoral tribunal recognized Castillo’s victory. The event brought together, among others, the presidents of Argentina, Ecuador, Chile, Colombia and Bolivia. The King of Spain, Felipe VI, was also present.

One of the most discussed topics in the inaugural address was that Castillo said he will propose to Congress that a constituent be elected in the country. Unlike the process taking place in neighboring Chile, however, the Peruvian situation is quite different.

First of all, it is established that, among the countries bordering Peru, only Brazil was not represented by its maximum authority. Sadly, another chapter in Jair Bolsonaro’s ideologized foreign policy, which was only present to the nominations of right-wing presidents, as in Ecuador, Uruguay and Paraguay.

In Peru, as well as at the inauguration of Alberto Fernández in Argentina, Brazil was represented by the vice-president, Hamilton Mourão. When Luis Arce took office in Bolivia, not even that, without representation from the Brazilian federal cabinet, only with the presence of the national ambassador in La Paz.

This policy of absence due to ideology becomes even more glaring, and negative for Brazil, when we look at other gifts. Yes, Pedro Castillo is on the radical left and members of his party have ties to the Sendero Luminoso guerrilla group. Still, Colombian Iván Duque, Chilean Sebastián Piñera and Ecuadorian Guillermo Lasso, all from the right, were in possession of the ball. A Castilian monarch of the House of Bourbon was in possession of both Castillo and Luis Arce. There is no justification other than an ideological position.

Also on the Brazilian representation, Hamilton Mourão traveled to Peru in an Embraer C-390 plane. The use of a cargo plane, with its adapted interior, rather than a business jet, was most likely motivated by using the opportunity as a showcase, as the neighboring Air Force is in replacing part of its cargo fleet.

Regarding the Peruvian constitution, Castillo said he wanted a “multinational, popular and gender parity” constituent, and called his proposal a “bicentennial constituent assembly”, given the 200th anniversary of the liberation of Peru by José de San Martín, in July. 28, 1821.

The Andean country was the last great pro-Spanish realist stronghold in South America, and it was only with the intervention of forces from already emancipated countries that Peru became independent. The Spanish strength in the politics and society of Lima was such that it was not until 1869 that the Castilian government recognized the loss of this American territory.

At first glance, the obvious is to draw a parallel with the Chilean situation in the south, which is undergoing a constitution at this very moment, to replace the charter granted by the Pinochet dictatorship in 1980 and approved via a fraudulent referendum. The parallel, however, is superficial and misleading, both in the social context, in the political context, and in the agendas involved.

Starting with the social context, Pinochet’s constitution in Chile was almost unanimously illegitimate. The result of an authoritarian period, it was neither drafted in a democratic process nor approved in an open and transparent manner. It is part of the broader legal definition called Vice of Origin, when it does not matter the merit of the law or the procedural element, but the fact that its origin is illegitimate. A confession obtained under torture is not valid for an original defect, for example, even if the tortured person actually committed this crime.

It’s clear when you look at the result of the Chilean referendum, when 78.2% of the population said they wanted a new constitution. The same consensus does not exist in Peru, and perhaps it cannot even exist. The Peruvian constitution dates from 1993, already under the dictatorship of Fujimori. Yet it was drafted by a voter and approved by referendum. It is discussed how democratic the Constituent Assembly would have been, as it was boycotted by some parties and carried out in a context of closed institutions and suspension of fundamental rights.

Even with such debates, it is a far removed situation from Chile, where even members of right-wing parties such as Renovación Nacional have supported a new democratic constitution.

The political context is also different. The proposal for a constituent plebiscite came from the Piñera government, whose coalition holds a majority in the Chamber of Deputies. Castillo and his party, Peru Libre, will have the largest seat in the Peruvian congress, with 37 of the 130 seats. And this larger caucus is very far from a majority, which is in the hands of the right-wing and center parties.

The chance for the constituent to be approved by the Peruvian congress depends on Castillo’s support of the right. Today that seems unlikely, not least because the aforementioned constitution is not as bad as it was in Chile. It is a constitution which centralizes too much power to the president, it is a fact.

Finally, the agendas involved are also misleading. While several Chilean voters base their proposals on progressive themes, such as abortion during pregnancy, the government of Pedro Castillo is, with the exception of the defense of indigenous programs, socially conservative. He is against the decriminalization of abortion during pregnancy, against same-sex marriage, defends the death penalty and has already spoken out against “gender ideology” in education.

One can imagine a “market” in which the right accepts the constituent in exchange for support in maintaining these social issues. That doesn’t mean much, because elected ridings might first raise such flags. Second, they can be dealt with within the existing constitutional framework.

After explaining all the differences between the Chilean and Peruvian situation, it is clear that Castillo’s defense of a voter is a political miscalculation. To think that a politician who wins a very close election in a polarized country would have the prestige or political capital to propose such a profound reform is too ambitious and has certainly generated avoidable resistance in his nascent government.