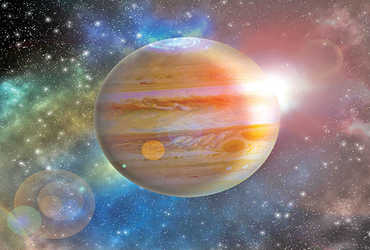 WASHINGTON: Paul Delba, a citizen scientist at the National Aeronautics and Space Administration (NASA), a NASA volunteer contributor, has three times the mass (mass) of Jupiter, the giant planet in our solar system.

Thus this giant planet has been discovered on the basis of the information received by our (NASA) Transiting Exoplanet Survey Satellite. Paul Delba, a NASA citizen scientist and astronomer at the University of California Riverside in the United States, reported that the exoplanet, which was labeled TOI-2180-B, was a giant sphere of air.

However, the surprising thing is that the diameter of this planet orbiting farthest from Earth is equal to the diameter of Jupiter. This means that this exoplanet is a very dense planet and has become a subject of research and study for astronomers.