A characteristic of the Taliban that is often overlooked 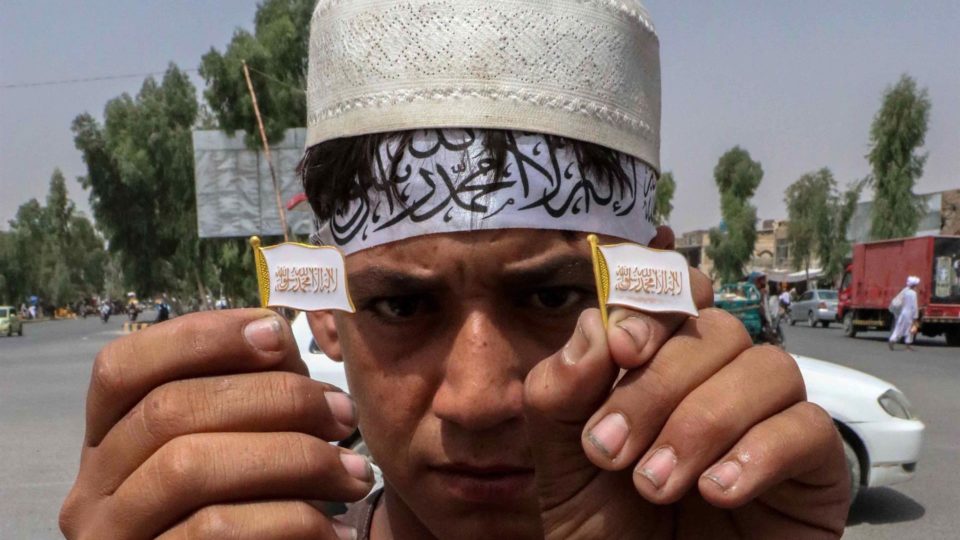 This is the third column in a row on Afghanistan here in our space. It is not a question of lack of creativity or that there are no other interesting questions in the world, just the obvious need. It’s the kind of international crisis that doesn’t always happen, let alone of this magnitude. Moreover, the events are ongoing, far from being resolved or closed. So we return to the epicenter of the current crisis to explain a feature of the Taliban that is often overlooked in analyzes, even by members of the US government.

The phrase “Taliban victory benefits Islamic terrorist movements” is partly true, partly false. The real part is the media impact of the capture of Kabul by Taliban forces. The shocking images, the white flag with the shahada written in black fluttering across the country, the idea that the United States had gone on some sort of embarrassing retreat, all of this encouraged other groups, albeit few in number. similar. Notes of congratulations were issued by several groups, the best known of which was Hamas.

The tone was often that of “renewed energy”, as in the note from the Syrian extremist group Tahrir al-Sham. Even organizations that participate in institutional politics have expressed such praise, such as the Malaysian Islamic Party, a party linked to the Muslim Brotherhood and represented in the Malaysian parliament. The Taliban are an extremist and violent group that has repeatedly used perfidy to achieve their goals. Other extremist and violent groups, such as Tahrir al-Sham, celebrated the victory of the Taliban. So will Taliban-controlled Afghanistan help international terrorism?

No. At least not necessarily. The Taliban are not a group whose priority is “global jihad”, unlike al-Qaeda or Daesh, also known as the Islamic State. The Taliban are a fundamentally Afghan group. Its name means “students” in the Pashtun language. In this case, students of the Sunni Deobandi movement, originally from India and which, according to specialists, acquired fundamentalist contours after World War II and the Indian partition. Especially with the influence of Saudi Wahhabism, the most radical interpretation that exists in Sunism.

Along with this school of interpreting Islamic jurisprudence, the Taliban include a set of conduct known as Pachtunwali, something like the Pashtun “code of conduct”. The Pashtuns (or Pastós, in Portuguese from Portugal) are a people of the Iranian plateau, speakers of a language from the Persian branch. The roughly fifteen million Pashtuns make up half of the Afghan population, and the terms were often used interchangeably until the turn of the 20th century. The country with the largest Pashtun population, however, is Pakistan, with around 40 million people, which is roughly 16% of the national population.

The current Pakistani Prime Minister, former cricket legend Imran Khan, is of Pashtun origin. The point here is this: The Taliban are a group whose genesis, ideology and goals are rooted in Afghanistan. He is radically Afghan. To transform Afghanistan into an emirate governed by its interpretation of Islamic jurisprudence and whose daily life is governed by the traditional “code of conduct”. The rejection of modernity, of “harmful behavior” and even of certain technological issues. Pashtunwali even predates Islam.

The Taliban’s rivals in the 1990s civil war in Afghanistan, the Northern Alliance, were mostly made up of Tajik leaders. Led by Ahmad Shah Massoud, the Lion of Panjshir, a key thinker in understanding Afghanistan, they rejected both Taliban fundamentalism and the imposition of Pashtun traditionalism. Massoud advocated a federal model for Afghanistan, in which different groups could have autonomy over their customs. One of the main leaders in the war against the Soviets, Massoud was assassinated by the Taliban in an ambush two days before September 11, 2001.

A few months earlier, in April, he spoke to the European Parliament and was explicit in warning that the Islamist movements were preparing a massive terrorist attack. Most likely, this is what would happen in New York. And today, the main front of resistance to the Taliban is that organized by Ahmad Massoud, son of the assassinated leader. Tajik also, in the same valley as the Panjshir, and also supported by the Tajik rulers, who constitute a quarter of the Afghan population. Two of them are Amrullah Saleh, former vice president, and General Bismillah Khan Mohammadi.

The return of the Taliban to Afghanistan is a much more regional threat, likely to cause instability at its borders, both due to the influx of refugees and cross-border ethnic ties. “Why, but the Taliban sheltered al-Qaeda until 2001,” the reader might think. Perfect. And he received twenty million dollars a year for “rent” from donors like Osama bin Laden himself and other Saudi millionaires. It was a source of money that the group could recover, but for material reasons, not an ideology of global terrorism.

Another example of this is that the Taliban and Daesh are rivals, leading attacks against each other. In this case, the biggest victims were other Muslims, the Shiites, seen as targets by both groups. Outside regional borders, the escalation of international terrorism via the Taliban will take the most awkward and difficult route to control. It will not be the use of the territory or the creation of a “central command of terror” in Kabul, but the inspiration and motivation of extremists all over the world, who live in other countries and consume this type. propaganda.

Yet to understand the Taliban beyond stereotypes or simplistic generalizations, it’s important to keep in mind the group’s Afghan roots. Putting it in a basket of “international Islamic terrorism” leads to the wrong conclusions. And bad conclusions come at a price. Not to mention the absurd error of classifying the Taliban in an “Arab group”. The Taliban is putting significant numbers of Afghans, neighbors and other countries at risk, yes, but for those risks to be contained and properly mitigated, you first need to know what those risks are.