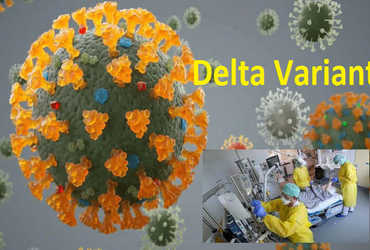 Virus emergency increases in Japan, with thousands of new cases of corona reported in a single day

The Philippines has extended its travel ban on ten countries, including India, till August 15.

Despite widespread vaccination in Israel, the government is believed to have taken this decision after an average of more than 2,000 cases of corona per week. However, there is no reason to believe that giving citizens a third dose of the corona vaccine will reduce the number of new cases. The need to give a booster dose indicates that the effect of the corona vaccine also decreases with time.

President Herzog, who is over the age of 60, and his wife Mikte took a booster dose of Corona, among others. Meanwhile, Prime Minister Yoshihide Suga extended the virus emergency to Saitama, Kanagawa, Chiba and Osaka, with the number of new cases exceeding 10,000 in a single day for the first time in Japan.

The Philippines has extended travel restrictions on ten countries, including India, until August 15 in an effort to contain the growing spread of corona infection by Delta variants. President Rodrigo Duterte has approved the decision to extend travel restrictions on India, Pakistan, Nepal, Sri Lanka, Bangladesh, Oman, the United Arab Emirates, Indonesia, Malaysia and Thailand. According to official figures, 216 cases of the Delta variant have been reported in the Philippines.

Residents and human rights activists have accused the military government, which seized power in civil war-torn Myanmar in February, of using the coronavirus pandemic to seize power and crush the opposition.

It is alleged that at a time when the country is facing a shortage of oxygen, large quantities of oxygen are being diverted to government supporters and military hospitals. Meanwhile, the US Department of Agriculture said that due to the shutdown of income due to the corona epidemic, hunger will increase in the world for the third consecutive year this year. An additional 291 million people in 76 middle- and low-income countries will not get enough to eat in 2021.