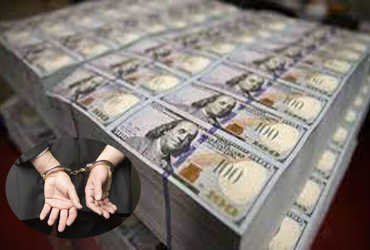 Washington: A former Indian-origin CEO of a technology company in the US has been arrested in a fraud case. He is accused of cheating investors of Rs 8 crore 80 lakh.

According to the Justice Department, the man was arrested on Wednesday. He was the co-founder and former CEO of the mobile app Headspin. The complaint alleges that he collected Rs 10 crore from investors between 2015 and March 2020.

While the revenue of the company was shown to be ₹ 95.3 million. The man could face up to 20 years in prison for this charge. The unaudited financial statements of the company were reviewed by an auditing firm in May 2020.

According to the complaint, Headspin had a cumulative income of ₹2.63 billion in the first six months of fiscal year 2020, compared to ₹95.3 million in the report. Prior to founding Headspin, Lachwani developed the first operating system for Amazon’s Kindle tablet.