8.2 magnitude earthquake shook the US state of Alaska 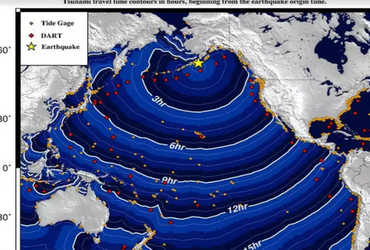 The US state of Alaska was shaken by a devastating earthquake on Wednesday night. The magnitude of the earthquake was measured at 8.2 on the Richter scale.

The earthquake was so strong that a tsunami warning was issued. There is a fear of severe destruction due to the earthquake. More details about the damage caused by the earthquake are awaited.

The US Geological Survey said the quake occurred 29 miles below Earth’s surface at 11-15 pm. Then came the other two aftershocks. Its intensity is shown as 6.2 and 5.6.

The epicenter of the quake was reported to be below the bottom of the Pacific Ocean, although no tsunami warning was issued. Guam and the Hawaiian Islands have also been asked to remain vigilant. People have been warned to move away from the shores.

The quake is likely to cause damage to the west coast of the state. Alaska is geographically part of the Pacific Ring of Fire. where geological speed is greater. The most devastating earthquake in American history occurred here in 1964. It wreaked havoc on the Hawaiian Islands and 250 people died in a tsunami.