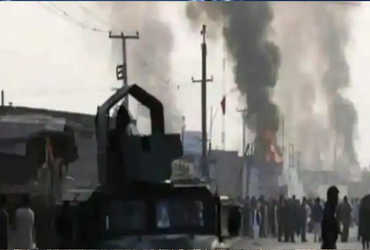 At least 60 Taliban militants have been killed in an Afghan Air Force airstrike. The attack took place in Dihdadi district of Balkh province. Afghan Defense Ministry said on Saturday. According to reports, 40 motorcycles, a large number of arms and ammunition were also destroyed in the attack. The Taliban are continuously carrying out attacks in Afghanistan. A large part of the state has gone into the hands of the Taliban.

Meanwhile, a spokesman for UN Secretary-General Antonio said that the whole country is at war. Because of this people are migrating to Kabul and other big cities. The United Nations and its humanitarian organizations say 10,350 people have arrived in Kabul between Thursday and July 1. Significantly, only two weeks are left for the complete withdrawal of foreign security forces. By then, two-thirds of Afghanistan was under the control of terrorist organizations.