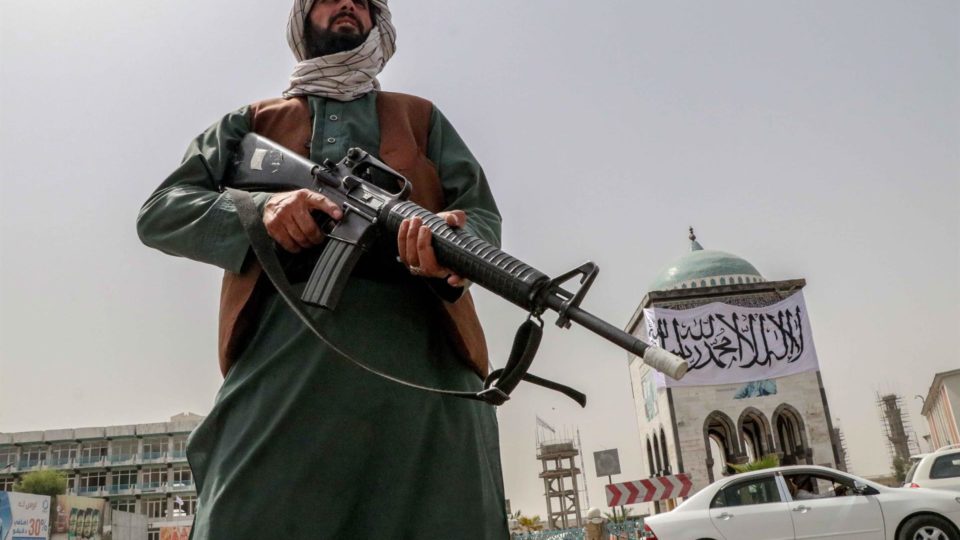 The speed with which the Taliban has taken control of major Afghan cities over the past ten days has surprised the world and has placed the US government in a position of shame in front of the international community. The billions invested by the global superpower in equipping and training the Afghan armed forces were not enough to prevent the Taliban from returning to dominate Afghanistan. NATO’s intelligence services also appear to have failed.

In the assessment of Anthony H. Cordesman, Middle East analyst for the Center for Strategic and International Studies (CSIS), although it is not yet possible to make a full assessment of what led to The sudden collapse of most of Afghanistan’s central government and forces the country’s defense – since there is still a lot of confidential information – certain factors have contributed to this happening. Find out six points listed by the expert in an analysis released Tuesday.

Announcement of US troop withdrawal prompted Taliban to act

First, there was a significant reduction in US troops in Afghanistan in 2014, which allowed the Taliban to begin reclaiming territory inside the country.

More recently, in 2020 and 2021, military withdrawals and the shutdowns of US bases and facilities in the country have happened in an accelerated fashion, without a peace plan and without demanding a counterpart from the Taliban – after all, the militant group did. nothing she promised in the agreement signed with the Donald Trump administration.

It was an incentive for the Taliban to prepare a national offensive and persuade many Afghan officials that US and Allied forces were leaving the country and that they would be forced to deal with the Taliban.

Failure of governance and corruption, not only in Kabul, but in all the major cities of the 34 Afghan provinces, contributed to the fall of the Afghan government. The judiciary, the police and all local security forces become sources of corruption and extortion.

“In many ways, the politics, corruption and incompetence of the civilian and military parts of the Afghan government were as much enemies of this government as the Taliban,” Anthony wrote.

Lack of coordination between civil and military authorities

Donations were never properly coordinated between civilian and military officials, which contributed to the failure of the government to develop the political unity it needed and at the same time increase the level of poverty of the population, who hasn’t seen help getting where she needed it. This lack of public power has enabled the Taliban to influence in many areas.

While the Afghan government depended mainly on foreign aid and operated in a bloated and corrupt manner, the Taliban profited from the increase in drug trafficking, deriving at least part of the revenue from drugs sold outside the country. through extortion and road checkpoints. In addition, as the Taliban advanced into the territories, they increasingly obtained weapons and military supplies from Afghan forces and government sources, raising funds from civilian sources such as the mining industry. The group could still finance its operations much cheaper and devote almost all of its money to its objectives and operations.

Deficiencies of the Afghan forces

When the United States announced its withdrawal from the country, the number of Afghan security forces officers increased. It fell from 272 thousand in October 2019 to 307.9 thousand in January 2021 – the number decreased in the following months, with the advance of the Taliban. However, of this contingent, only 118,000 were soldiers. The rest were members of the police, untrained to secure areas or act as paramilitary forces. While fighting with the Taliban, most of them died or deserted. In some parts of the country, police officers have not received basic salaries and supplies. The quality of the Afghan forces and governance were also issues.

The real combat-ready core of the Afghan army forces was too small, overloaded with combat missions, and forced to fight at unsustainable levels. These problems have been compounded by the reliance on active US intelligence, combat troop support, and US air power.

In addition, the modern equipment left in the hands of the Afghan army made the officers dependent on the help of a subcontractor, given its complexity.

US and NATO miscalculation

US official reports have consistently underestimated the sophistication and capabilities of the Taliban, ignoring its history as a political movement and its development as an insurgent force. This has led to an underestimation of the growing influence of the Taliban in rural areas and across the country.

As in Vietnam, US-assisted forces have won virtually every battle against the Taliban, but have consistently lost areas – and the small number of effective Afghan forces have not been able to continue to win as military support continues. American assets were dwindling.

The United States and other intelligence agencies have also underestimated the Taliban’s ability to communicate and coordinate complex operations across Afghanistan, such as the attacks that helped catalyze and exploit the collapse of Afghanistan. Afghan government and its forces.

When Biden announced that the United States would withdraw all U.S. troops from Afghanistan, U.S. intelligence predicted that the Afghan defense forces could keep the Taliban at bay for two or three years. When the group’s recent offensive began, the outlook fell to three days.