50 sentenced to death for killing UN investigators in Congo 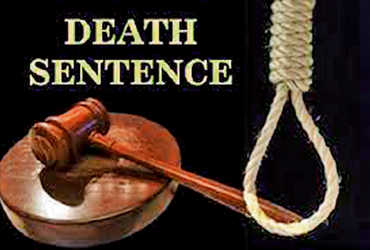 However, since Congo has banned executions since 2003, the 50 convicts could face life sentences.

Brigadier General Jean Pauline Ntshyokello, president of the Butcher Occidental Military Court, said one of the 54 defendants was sentenced to 10 years in prison for violating the order and the other two were released.

Those sentenced to death will face life imprisonment as there have been no executions in Congo since 2003. Sharp from the US and Catalan from Sweden were murdered in the Central Provinces on March 12, 2017.

Two UN envoys were killed as they were traveling with representatives of the Nasapu militia, which is active in the region. Two UN experts were being investigated by the Security Council over the violence in the province. His body was found two weeks later in a grave.

Journalist Trudol Rafal Kapuku and police officer Honor Tshimba have been released by a military court. Both were arrested in 2018. He spent four years in prison. Despite the court’s ruling, there are still some unanswered questions about the murder, according to Thomas Fassi, a senior researcher at Human Rights Watch.