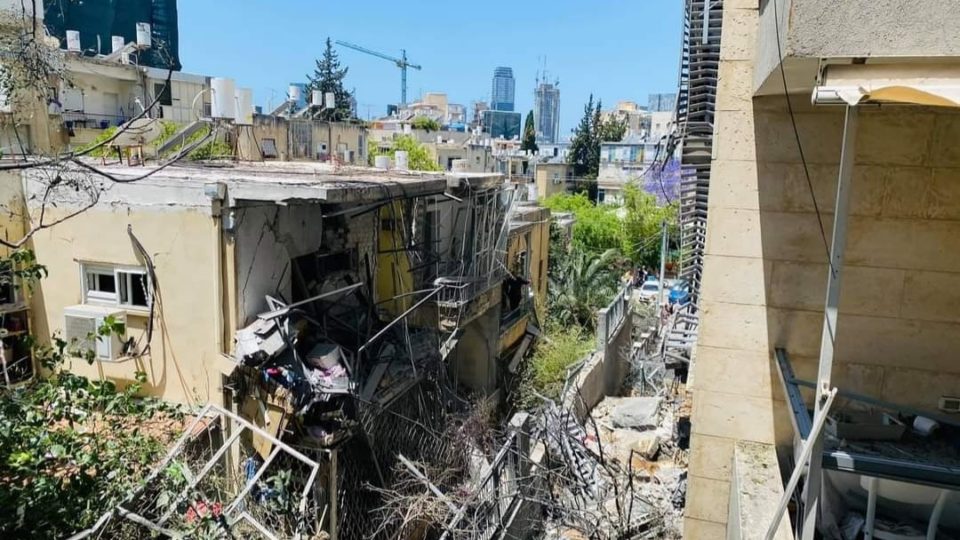 The current clash between Israel and the terrorist groups Hamas and Islamic Jihad is already the most intense since 2014. As of Wednesday afternoon (12), 59 people were dead – 53 in the Gaza Strip and six in Israel. Both sides have been prepared to step up the attacks and the United Nations (UN), fearing a “full-scale war”, calls for caution.

Why a conflict now?

Hamas’ attacks on Israel were prompted, according to the terror group, by violent clashes between Arab groups and Israeli police in East Jerusalem, which in turn were sparked by protests against the takeover of land in the neighborhood. of Sheikh Jarrah for the benefit of Israeli settlers.

Hundreds of Arab Israelis, supporters of the Palestinian cause, were injured in the protests which began last Friday, as well as dozens of Israeli police. Hamas also accuses the Israeli police of violating a holy site of Islam by entering the al-Aqsa mosque to disperse thousands of protesters.

Israeli officials said the raid on the mosque, which sits on the mosque esplanade, was necessary because these Arab groups were barricaded and armed with stones, which they threw at the police. The police also pointed out that they were using non-lethal means to disperse people from the mosque.

The real estate dispute in the Sheikh Jarrah neighborhood is old, as are the tensions between Israelis and Arabs living in East Jerusalem. In short: Jewish settlers had bought land in the region at the end of the 19th century, but it was conquered by Jordan during the Arab-Israeli war of 1948. Palestinian families were settled there, but the resumption of the Israeli control over the area in 1967, set a legal precedent for Jewish settlers to claim ownership of the land. Israeli justice has won the cause of the Jews who can prove that their ancestors had indeed bought this land, where a large Arab community currently lives. The evicted families have lived there for generations.

Deportation actions are contested by pro-Palestinian human rights groups, such as Human Rights Watch, and are also contested in international organizations, such as the United Nations. This week, a US State Department spokeswoman said the country was concerned about “unilateral measures that exacerbate tensions or prevent us from achieving peace, including evictions, settlement activity and house demolitions. “. Internationally, the region is considered an occupation and not Israeli territory.

Israel, for its part, claims that the airstrikes against Hamas targets in the Gaza Strip are part of a defense operation following attacks by terrorist groups against its population.

Why are there more casualties in the Gaza Strip?

The number of Palestinians victims of the confrontation is much higher than that of the Israelis. For some human rights organizations and defenders of the Palestinian cause, this is because Israel’s response to the rockets is “disproportionate”. Humans Wright Watch, for example, published a text this week highlighting “the regular use of excessive and grossly disproportionate force by Israeli authorities, sometimes deliberately targeting civilians or civilian infrastructure.”

Israel defends itself against these accusations by claiming that Hamas and Islamic Jihad terrorists operate in the midst of civil society, using the Palestinian population as a shield.

“The sad reality is that Hamas and Islamic Jihad are deliberately inserted among the civilian population [palestina]. They are using their homes, schools, mosques, hospitals and whatever they, the terrorists, have at their disposal in Gaza to use the Palestinian civilian population as human shields and prevent us from attacking only those involved in crimes. military activities. Israel Defense Forces (IDF) Lt. Col. Jonathan Conricus said on Tuesday.

The IDF has already issued several alerts to the citizens of Gaza, asking them to stay away from places where Hamas stores its weapons. “Our goal is only to attack terrorists.”

The Israel Defense Forces also claim that many of the rockets launched by terrorist groups fail and fall in the Gaza Strip, which also puts the Palestinian population at risk.

There is also another important factor: Israel’s anti-aircraft defense system kills a large number of rockets that have the potential to crash into inhabited areas of its territory.

What are the risks of a declared war?

It’s hard to be sure at this point, but everything indicates that the current conflict will not evolve into open war. There is no interest in a broad fight for either side, according to the executive director of the organization Stand With Us Brasil and political scientist André Lajst. In addition to the high costs of a war, there is strong international pressure to prevent this from happening. Lajst explained to the People’s Gazette that so far Israel has only used a small percentage of its military force to counter Hamas positions in the Gaza Strip. He estimates that the defensive operation led by Israel, dubbed the Guardian of the Wall, should take a few days, although the Minister of Defense of the Jewish nation, Benny Gantz, said that “there is no date. end “for the operation.

Lajst also believes that other terrorist groups fighting against Israel, such as Hezbollah, are very unlikely to be involved in the conflict. So far, there has been no attack on the border with Lebanon, to the north, in the region where the Iranian-allied group is operating.

What have been the international reactions so far?

Not surprisingly, Arab countries condemned Israeli police violence during protests in Jerusalem that preceded the exchange of fire between Hamas and Israel. The Arab League leader said Israel was guilty of a “dangerous escalation” in Jerusalem and that the airstrikes in Gaza were “indiscriminate and irresponsible”.

Turkey has been one of Israel’s most prominent critics. The country’s foreign ministry said that “the Israeli government must finally understand that it will not be able to suppress the rights and legitimate claims of the Palestinian people by using indiscriminate and disproportionate power.” Iran’s Supreme Leader Ayatollah Ali Khamenei urged terrorist groups: “Zionists understand nothing but the language of force, so Palestinians must increase their power and resistance to force criminals to surrender and prevent their brutal acts, ”Khamenei said.

Western leaders have called for caution on both sides, while recognizing Israel’s right to defense. “The rocket attack on Israel is absolutely unacceptable and must end immediately. In this situation, Israel has the right to defend itself. This escalation of violence cannot be tolerated or accepted, ”said the German Foreign Ministry. A similar message was sent by the European Union.

The United States said Israel has a legitimate right to defend itself against Hamas rocket attacks, but stressed that Jerusalem “must be a place of coexistence.” Russian President Vladimir Putin called for an end to the fighting and “urged the parties to ease tensions and peacefully resolve emerging issues.”

What about the Arab countries that have recently signed agreements with Israel?

According to Jon B Alterman, director of the Middle East program at the Center for Strategic and International Studies (CSIS), most Arab states are hostile to Hamas. “They vehemently opposed Israeli actions on the Temple Mount (Mosque Esplanade in Jerusalem), however, they seek to differentiate the Palestinian people from Hamas fighters who launch rockets at Israel,” Alterman wrote. “The protests are likely to be transient, assuming the Israeli response is short-lived. A long-term response would have an inhibitory effect on the links, but would not terminate them, ”he concluded.

CNN sever ties with freelance writer who made anti-Semitic comments

may be a good time to update