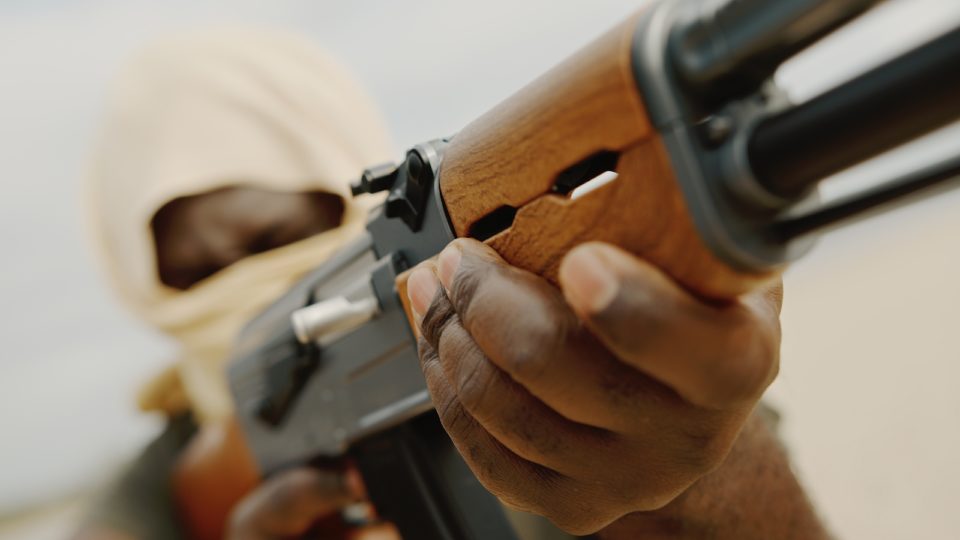 Afghan civilians and US servicemen have died in two explosions that took place outside Kabul airport late Thursday (26, late morning in Brazil), hours after several nations warned against the threat of an imminent attack on the site. The number of dead and injured is still unknown, but the press says more than 70 people have died.

According to the Reuters news agency, the Islamic State (known by the abbreviations EI, ISIS or ISIL or even the name Daesh) claimed responsibility for the attack, perpetrated by the branch of the terrorist group in Afghanistan, the Islamic State of Khorasan (EI -K).

General Kenneth F. Mckenzie, the US military commander, told a Pentagon press conference that two suicide bombers – believed to be members of IS-K – attacked the airport.

“The attack on the abbey gate was followed by several ISIS gunmen who opened fire on civilians and military forces,” he said.

US President Joe Biden warned over the weekend of the possibility of a terrorist attack during an evacuation operation of thousands of foreigners and Afghans carried out by the United States and its allies from the United States. Kabul airport.

On Thursday morning, authorities warned of the threat of an imminent attack at the airport, urging people to stay away from the site. Despite the warning, hundreds of people, desperate to leave the Taliban-ruled country, remained near the airport in an attempt to catch a flight.

The group’s first leader, Hafiz Saeed Khan, a former Pakistani Taliban commander, pledged allegiance to the Islamic State in October 2014. In January of the following year, then ISIS spokesman Abu Mohammad al-Adnani, accepted the oath of loyalty. and announced the creation of the IS-K. In Afghanistan, the group was present in the provinces of Nangarhar, Kunar and Nuristan.

Who are these terrorists?

Several ISIS terrorists are former Taliban disillusioned with the deal between the fundamentalist group and the United States. There are also former militants from other groups such as Lashkar-e-Taiba, the Haqqani network and the Islamic Movement of Uzbekistan, as well as foreign terrorists sympathetic to the Islamic State. According to Australian National Security, EI-K is also recruiting disgruntled young people who live in cities and are not ethnic Pashtuns.

The United Nations estimates that this branch of the terrorist group has between 500 and 1,500 members, but it is estimated that this number could rise to 10,000 in the medium term. They are currently led by Arab Shahab al-Muhajir, also known as Sanaullah, who worked with al-Qaeda.

What are the sources of funding?

Australian authorities further point out that IS-K receives funding from foreign sympathizers through the Hawala Networks (an alternative transfer system also known as ‘alternative banks’), through its own criminal corporations and through direct grants. of the Islamic State, which also has a say. in the appointments to the most important posts of the IS-K.

How is EI-K working in Afghanistan?

Despite recent defeats, loss of territory and the death of leaders, a recent United Nations report points out that the group has strengthened its positions in and around Kabul, where it conducts most of its attacks, targeting minorities, militants. , government officials and staff. the Afghan National Security and Defense Forces. They often operate underground and have sleeper cells in some provinces of Afghanistan.

In recent years, EI-K has claimed responsibility for attacks that have left dozens dead, such as an attack on Shiites at a wedding in Kabul that left 91 people dead. The group also reportedly invaded a maternity hospital in a predominantly Shiite neighborhood, shooting anyone there. In this attack, 25 people died, including several mothers and newborns. The attacks are usually suicidal.

What is the relationship with the Taliban?

The Islamic State of Khorasan, like the Taliban, is an extremist Sunni group that adheres to the ideology of Saudi Wahhabism, the most radical interpretation of Sunism. However, the Taliban and EI-K see each other as rivals. Since the February 2020 agreement between the United States and the Taliban, ISIS has established itself as the only group engaged in jihad.

They disagree on several aspects. ISIS, for example, is against the cultivation of the opium poppy, unlike the Taliban, who profit from drug trafficking in Afghanistan. The Taliban rulers, who now control most of the country, have pledged to prevent ISIS from gaining ground on Afghan soil. ISIS, in turn, calls the Taliban apostates.