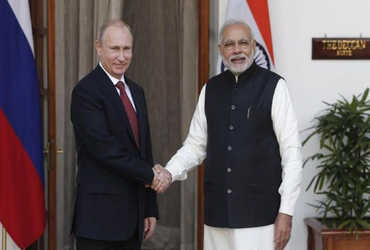 There have been talks between the Presidents of India and Russia on the current situation in Afghanistan. Prime Minister Narendra Modi held talks with Russian President Vladimir Putin for about 45 minutes on Tuesday afternoon.

According to sources, the two leaders discussed the current situation in Afghanistan and cooperation between the two countries.

Prime Minister Narendra Modi had earlier held talks with German Chancellor Angela Merkel on the issue of Afghanistan. All these countries were keeping an eye on the ongoing crisis in Afghanistan at this time. At the same time, cooperation between all the countries is going on regarding the rescue operation started from Kabul airport.

It may be mentioned that India is still following the policy of VAT and keeping an eye on Afghanistan. India’s focus is on getting its citizens out. However, the Indian government has also called a meeting on 26 August with all political parties to discuss the issue of Afghanistan.

The world is watching the Taliban

It’s been a week since Taliban rule in Afghanistan and some countries around the world are continuously evicting their people. So far, no country has talked about recognizing the Taliban. However, some countries have indicated the need for sanctions.