4 passengers aboard the International Space Station by SpaceX spacecraft, a unique record 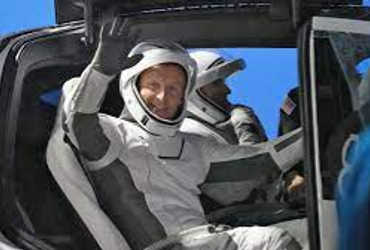 According to a report by NASA, Germany’s Matthias Maurer has been selected as the 600th person to reach space.

Elon Musk’s company SpaceX on Thursday successfully launched the International Space Station (ISS) mission of 4 astronauts in collaboration with the US space agency NASA. The crew crossed Earth’s orbit, setting a record for 600 people to reach space in its 60-year history. Interestingly, when the Soviet Union (Russia) sent the first man into space in 1961, the 600th person sent from the United States was a German citizen.

SpaceX recently brought 4 astronauts back to Earth by its own spacecraft. The astronauts in the team are said to be an experienced astronaut and two youths. NASA has also selected him for its next lunar mission. This is SpaceX’s 5th total manned mission.

According to a NASA report, Germany’s Matthias Maurer has been selected as the 600th person to reach space. The three crew members accompanying him will reach the space station within 24 hours. However, the NASA-SpaceX mission was delayed by about a week because of inclement weather for several days at the Cape Canaveral launch site near the Gulf of Mexico.