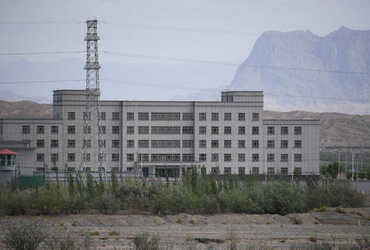 Beijing, Ta. 21
Pakistan may become the contractor of Muslims all over the world, even if it has supported China, but the reality is that the dragon is committing heavy atrocities on Uighur Muslims in its country, has become dumb. China denies reports of atrocities against Uighur Muslims, but a 15-minute video captured by a hidden camera of a YouTube blogger highlights its atrocities.
A Chinese activist has secretly uncovered a ‘detention camp’ in Xinjiang province. Guan Guan arrived in the Chinese city of Urumqi as a tourist. He had a hidden camera in his bag, which was secretly recording the status of the Communist government’s ‘detention camps’. In his mission, Courageous exposes the Chinese Jinping government’s most brutal network of re-education camps, detention centers and prisons in the world.
According to the Daily Mail, the camp is in Xinjiang province, where Muslim minorities, especially Uighur Muslims, are persecuted by China. An estimated 4 million people are being held in such camps in China. Guan roamed the area for two years, gathering information about the camp. The video was uploaded to YouTube in October.
Guyan decided to expose China’s communist government after learning that the Uighur language was banned in schools and foreign journalists were being prevented from investigating in Xinjiang. Risking his life, he traveled to eight cities and learned about 12 camps, a vast camp spread over 1,000 yards and echoing slogans such as “reform through labor”.
No names or marks are found on Chinese camp maps, but the camp was documented with barbed wire, guard towers, police posts, army barracks, army vehicles and signs inside the prison walls.
Guan has released a video of his mission on YouTube, which is only 15 minutes long, but exposes China’s biggest lie that Uighur Muslims are not being persecuted in China. Guiana used satellite imagery in a report to obtain information about Campo. During his mission, Guan feared that he would be captured and sent to the camp. Guan says there are several concentration camps, all of which are under close watch from the watchtower.