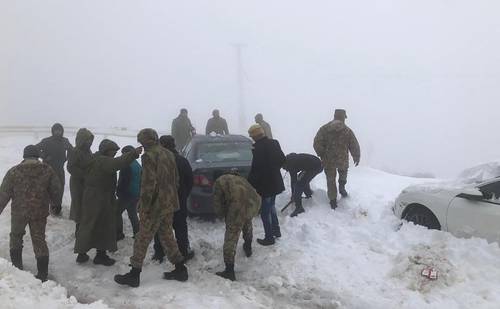 ▲ At least 22 people, including 10 minors, who were trapped in their vehicles amid a heavy nighttime snowfall in Pakistan died of hypothermia, authorities reported Saturday. Temperatures dropped to minus 8 degrees Celsius in the town of Murree, one of the traditional tourist destinations in the mountains of the Asian country. Thousands of vehicles were pulled out of the snow, but more than a thousand remained stuck in the area until dusk.