200 killed in Saudi airstrike on Houthi prisons in Yemen 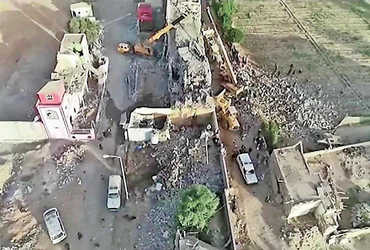 Sanaa: Saudi Arabia has launched an airstrike on a prison in Yemen, killing at least 200 people or injuring more than a dozen. The Red Cross said 200 people were killed or injured in the attack, a figure that could be even higher. The incident took place in the northern city of Shada. It is considered a stronghold of the Iranian-backed Houthis.

The Houthis have been fighting the Saudi-backed Yemeni government for years. This has created the world’s largest humanitarian crisis in Yemen. The International Committee of the Red Cross (ICRC) in Yemen says more than 200 hostages have been killed or injured.

The second attack was carried out by Saudi Arabia near a telecommunications center in Yemen. In which some children died. Internet service was suspended across the country in Yemen following the attacks. An organization called Save the Children said several children were playing on the football field when the missiles hit them.