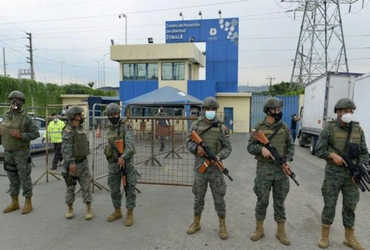 Quito: At least 18 people have been killed and dozens injured in a mass war between rival gangs in two Ecuadorian prisons. The gang war took place at the Latakunga prison in central Ecuador, along with the main prison in the city of Guayaquil. Nine police officers and 35 prisoners were injured in the clashes.

Police said on Twitter that an attempt was made to escape from Latakunga Jail, but 45 inmates who were absconding were caught again. Also in June, prison violence in Ecuador left two dead and 11 injured. Earlier in February, 80 people were killed in violence between prisoners at an Ecuadorian prison.