150 US portable missiles destroyed by Taliban and terrorist organizations 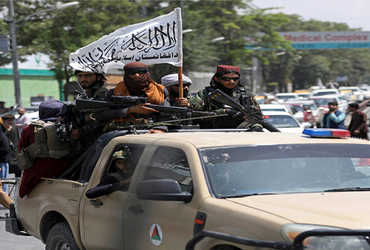 The rest of the world is also concerned about the way the Taliban have acquired US weapons in the wake of the coup in Afghanistan.

Russia has expressed particular concern about the 150 missiles that destroy the aircraft. Russia suspects that some of these missiles may have fallen into the hands of other terrorist organizations. American-made missiles are portable and can be launched easily.

Dmitry Shugaev, director of Russia’s Federal Service for Military and Technical Cooperation, said the US military had shot down about 150 missiles in Afghanistan. No one knows who owns these missiles. They can use these missiles in any country of the world including Europe, America, India.

Russia has already expressed concern over the seizure of Taliban weapons. Russia has also said that the Taliban has more than 100 portable air missile defense systems.