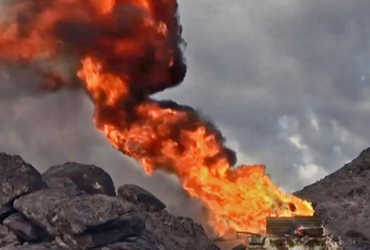 There have been drone attacks in many places in Saudi Arabia.

Yemen has been at loggerheads with Houthi rebels and Saudi Arabia, which has claimed responsibility for a series of drone attacks in several Saudi cities, including the Saudi Aramco refinery, Jeddah’s King Abdullah Airport and Abha Airport, hence the use of 14 drones. and each drone was equipped with a bomb.

Saudi Arabia’s Jizain and Najran cities have also been attacked, according to Houthi rebels. No casualties have been reported.

On the other hand, the Saudi military says that 13 military bases of Houthi rebels in the plain cities of Sanaa, Marib and Yemen have been destroyed, as well as weapons depots and an air defense system.