13 US soldiers killed in Kabul blasts, Biden says attackers will be killed 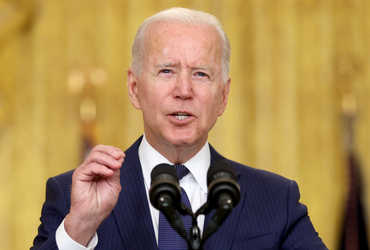 So far more than 100 people, including 13 American commandos, have been killed in the attack.

US President Joe Biden has warned that the White House will pay the price for the deaths of all soldiers who warned terrorists about the Kabul bombings. “We will not forget it, you will not be forgiven,” he said. We will hunt with a vengeance. We will rescue our American citizens living in Afghanistan, as well as drive out our allies. So far, more than 100 people, including 13 American commandos, have been killed in this attack.

“Our mission will continue,” President Biden said. Additional US troops will be sent back to Afghanistan if needed. Earlier, the White House canceled the first meeting between President Joe Biden and Israel’s new prime minister and a video conference with governors on Afghan refugees. Regarding the attack, the US President said that the attackers will not be forgiven.

“Those who carried out the attack should know that we, the people, will not forgive them,” he said. do not forget to. Now we will hunt you. You have to pay for this attack. America knows very well the ISIS leader who carried out this attack. We will find a way for the people and they will find them wherever they are without any major military operation. The US will withdraw all its troops from Afghanistan under any circumstances by the end of this month.

Apart from this, the people whom we have lost today have given their lives for the freedom. In the service of security, in the service of others and in the service of America. I never believe that we will continue to sacrifice our soldiers to establish a democratic government in Afghanistan. A country that has managed to become a united country even once in its history. It was time to end the 20 Years’ War.