13 policemen killed, five injured in IS attack in Iraq 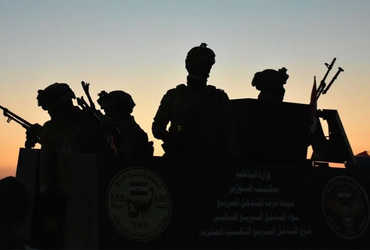 IS active in Iraq after Taliban capture

IS militants opened fire on police at an outpost, launched massive search operation

Baghdad: Terrorist organization IS has become active again in Iraq. Recently, 13 policemen have been killed in the ISIS terror attack. The terrorists who came to the post here opened indiscriminate fire. Five policemen were also injured.

The bomber was killed in front of a checkpoint near the village of Sahitya in Iraq’s Kirkuk province later that afternoon. Police said that the terrorist organization IS was behind the attack. However, no terrorist group has claimed responsibility for the attack. The province where the attack took place is believed to be the northern part of Iraq, which has often been targeted by IS.

Iraqi police and soldiers have been conducting counter-terrorist operations in the area from time to time. Police believe that the terrorists carried out the attack in retaliation. For the time being, IS’s dominance in Iraq has weakened, although IS is still active in the north. Massive terrorist camps are raging in the province where the attack took place, which is now under military scrutiny.