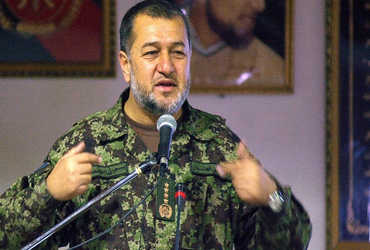 Defense Minister General Bismillah Mohammadi in the government of Afghan President Ashraf Ghani has announced that he will continue to defend Panjshir. He said the Panjshir Valley would continue to oppose Taliban forces. The war will continue in the valley. This statement comes at a time when the Taliban have completely occupied Afghanistan except Punjab.

Afghan President Ashraf Ghani fled the country before the Taliban took control of Kabul. He has taken refuge in the United Arab Emirates (UAE). Recently it was confirmed by the UAE that they have been granted asylum on humanitarian grounds.

In such a situation, the announcement of General Bismillah Mohammadi is being seen as a big challenge for the Taliban. Army ready to face Taliban in Panjshir. Obviously, even for the Taliban, conquering the Panjshir Valley is still considered the biggest challenge.

More than 10,000 soldiers will compete with the Taliban!

Panjshir’s stance has always been against the Taliban. There are more than 10,000 soldiers ready to fight the Taliban. In such a situation, it is not easy for the Taliban to fight here. In Panjshir, the so-called War God of Afghanistan of former Afghan President Amarullah Saleh and General Abdul Rashid Dostum are involved in the fight against the Taliban. Now the announcement of General Bismillah Mohammadi has increased the pressure on the Taliban.

You are a royal cage to fly and have fun
The big challenge of freeing the slaves
Panjshir will always be green,
Taliban terrorists dream of capturing Panjshir, the birthplace of the national hero. Resistance against terrorists is our duty! pic.twitter.com/u5sKXvHkXw